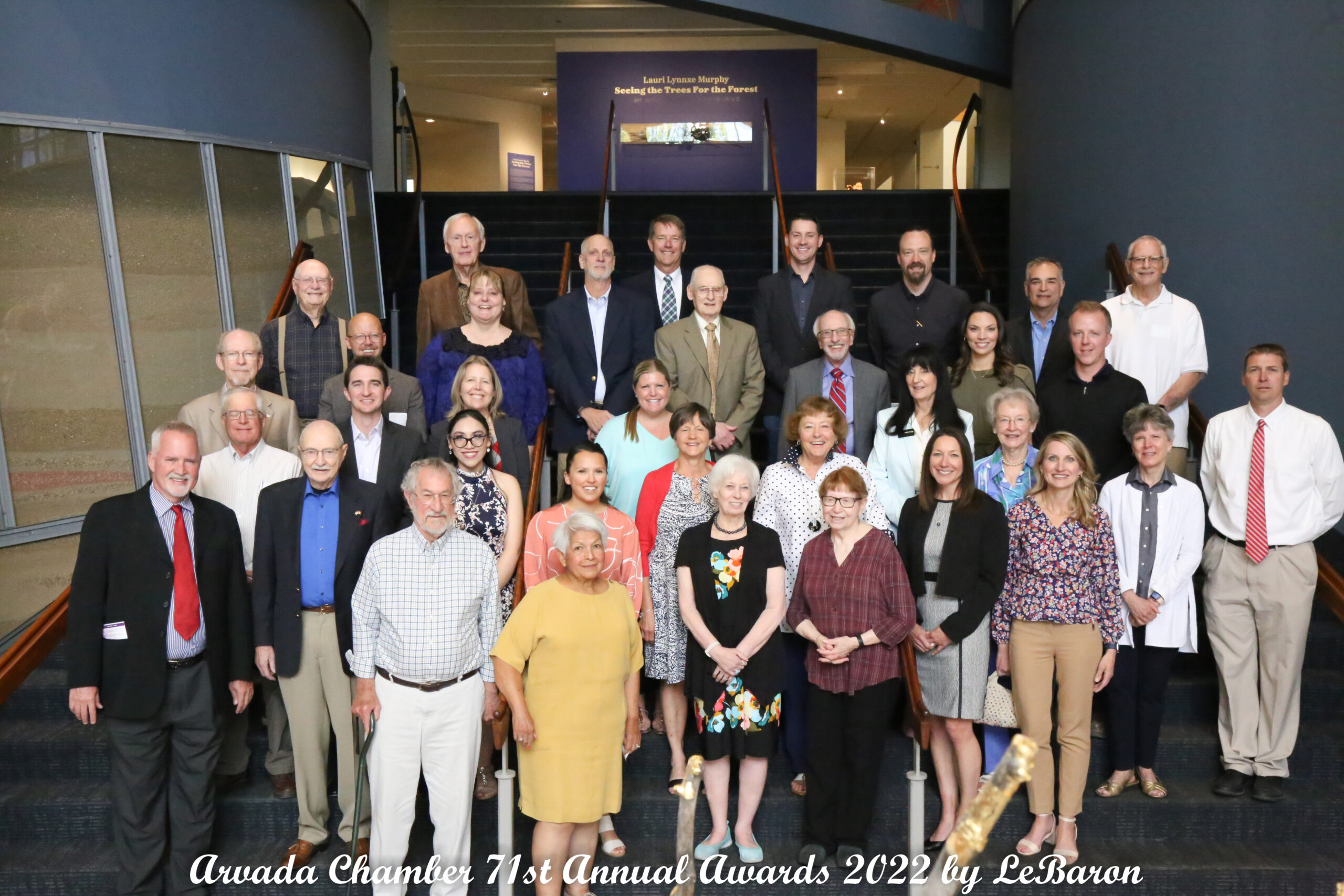 On May 11th, the Arvada Chamber hosted the 71st Annual Awards Luncheon, a long-standing tradition in Arvada recognizing outstanding community involvement, generosity and overall impact. This year’s luncheon was hosted at Arvada Center Event Spaces. Read about the award winners below and watch videos of the Pioneer Award and Man and Woman of the Year.

A Man of the Year recipient in 2014, Mike is well-deserving of this award thanks to his many community efforts and volunteer work throughout the years. Mike served on the Arvada Chamber Board of Directors and currently sits on the Advocacy KAPS Council and Legacy Board. He was also recognized by the Chamber in 2018 with a Behind the Scenes Award. Mike served on the Arvada Economic Development Association Board of Directors for 21 years, as President for four years and in 2010 won the Distinguished Service Award. Mike served on the Arvada Community Food Bank (Community Table) Board of Directors for 12 years; as President for six years. There he coordinated a capital campaign to renovate a former library building for the food bank in 2009. Mike has been a member of the Arvada Sunrise Rotary Club for 12 years, served as the Treasurer for nine years, and is currently serving as President.

Learn more about Mike in the below video!

Man of the Year: Jeff Cannon

A 5th generation Arvadan, Jeff has volunteered in the city for over 40 years. Most notably, Jeff has made a lasting impact with the Arvada Harvest Festival, Sister Cities International, and the Arvada Jaycees.

Learn more about Jeff and his contributions to Arvada in the below video. Read his interview in the Arvada Press here.

Woman of the Year: Gillian McCarron

Gillian is the Chairperson of the Arvada/Wheat Ridge Service Ambassadors for Youth’s board, serves on the Arvada Economic Development Association Board of Directors, volunteers with the Arvada Vitality Alliance and is Vice President at Lakeside Insurance Center.

Learn more about Gillian and her impact on Arvada in the below video. Read her interview in the Arvada Press here. 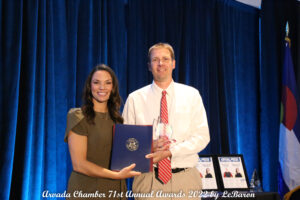 Dan Quaratino (pictured at right) is the Assistant Principal and Athletic Director at Arvada High School. Dan is recognized for his passion and dedication to his students. He has provided opportunities for the athletes at the school such as field trips and participation in out-of-state tournaments. He has also spearheaded the Arvada Sports Institute which gives students the opportunity to work in the sports industry and gain real-world experience. 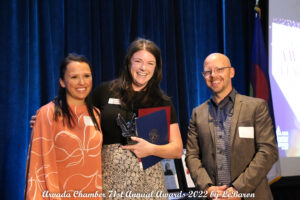 Emily Grace King (pictured at right) is the Gallery Exhibition Manager at the Arvada Center for Arts & Humanities. In addition, she ensures equitable access to art through Art Drop Arvada and her works on the Arvada Arts and Culture Commission. Emily embodies a leadership style that is rooted in collaboration, sharing, and working to help lift others.

Genesis is a senior at Pomona High School and she recently earned the prestigious Girl Scout Gold Award for encouraging more Latin and female aligned diversity in the STEM field by creating a bilingual program with activities and resources to help introduce more households to STEM, especially in the Hispanic community.