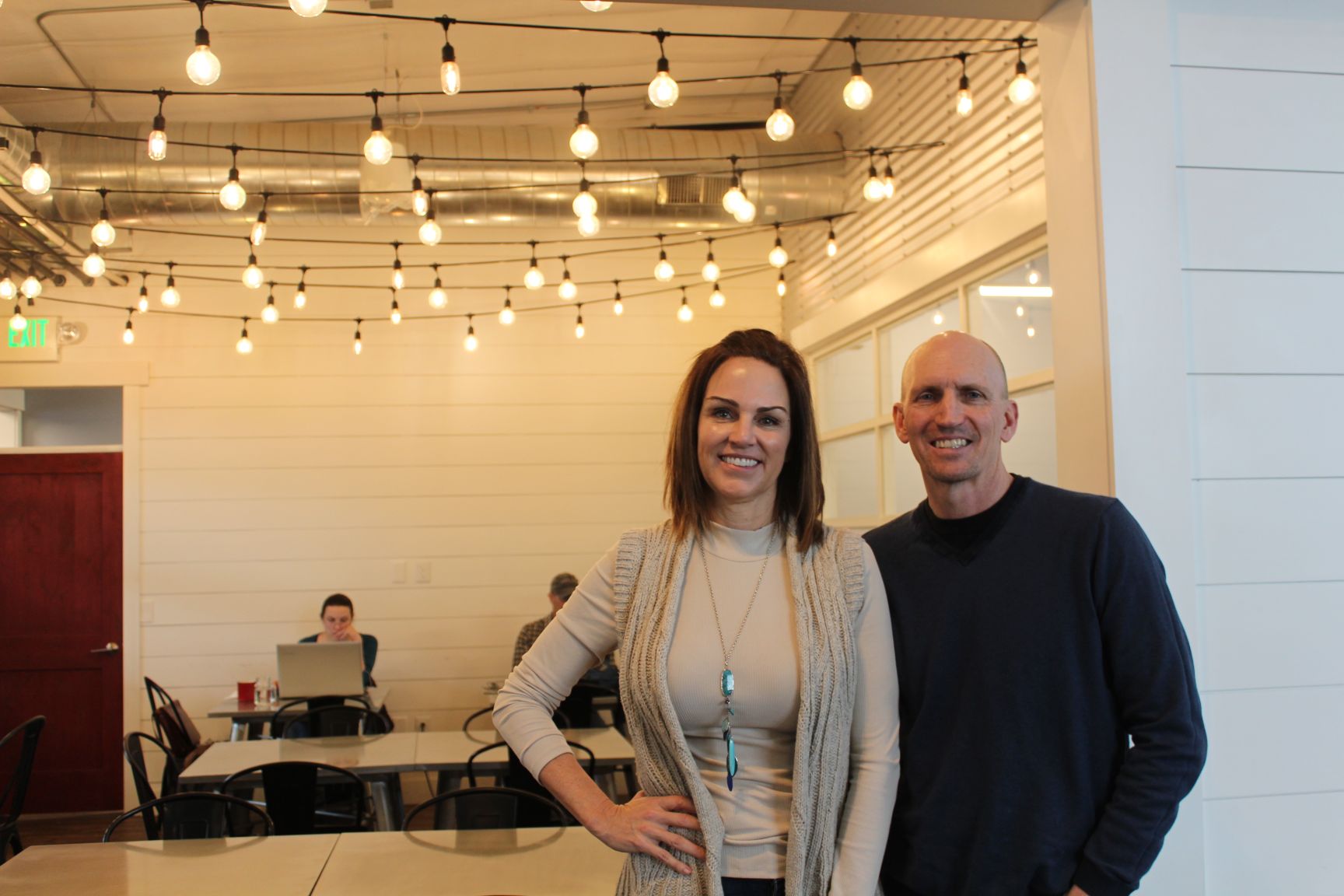 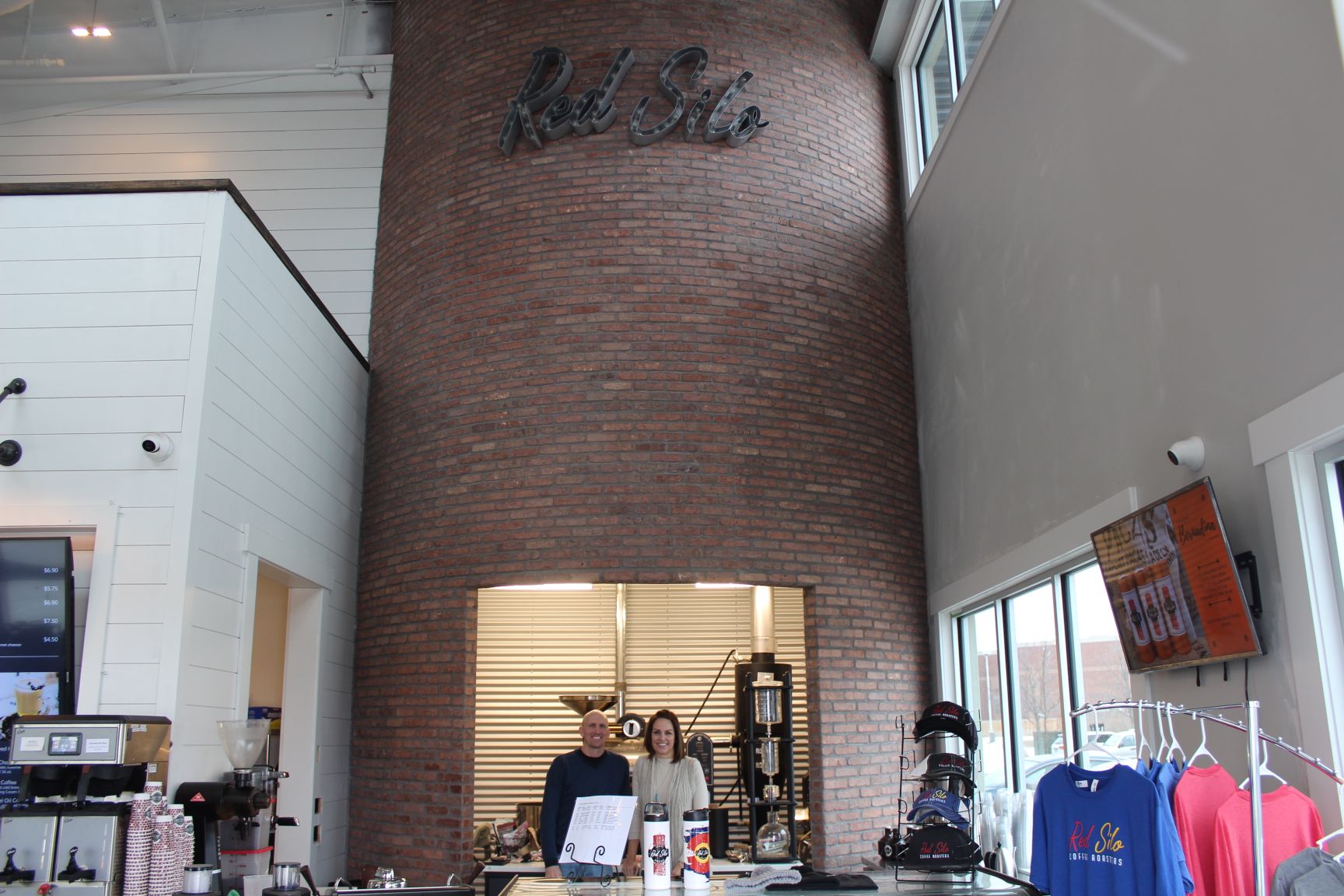 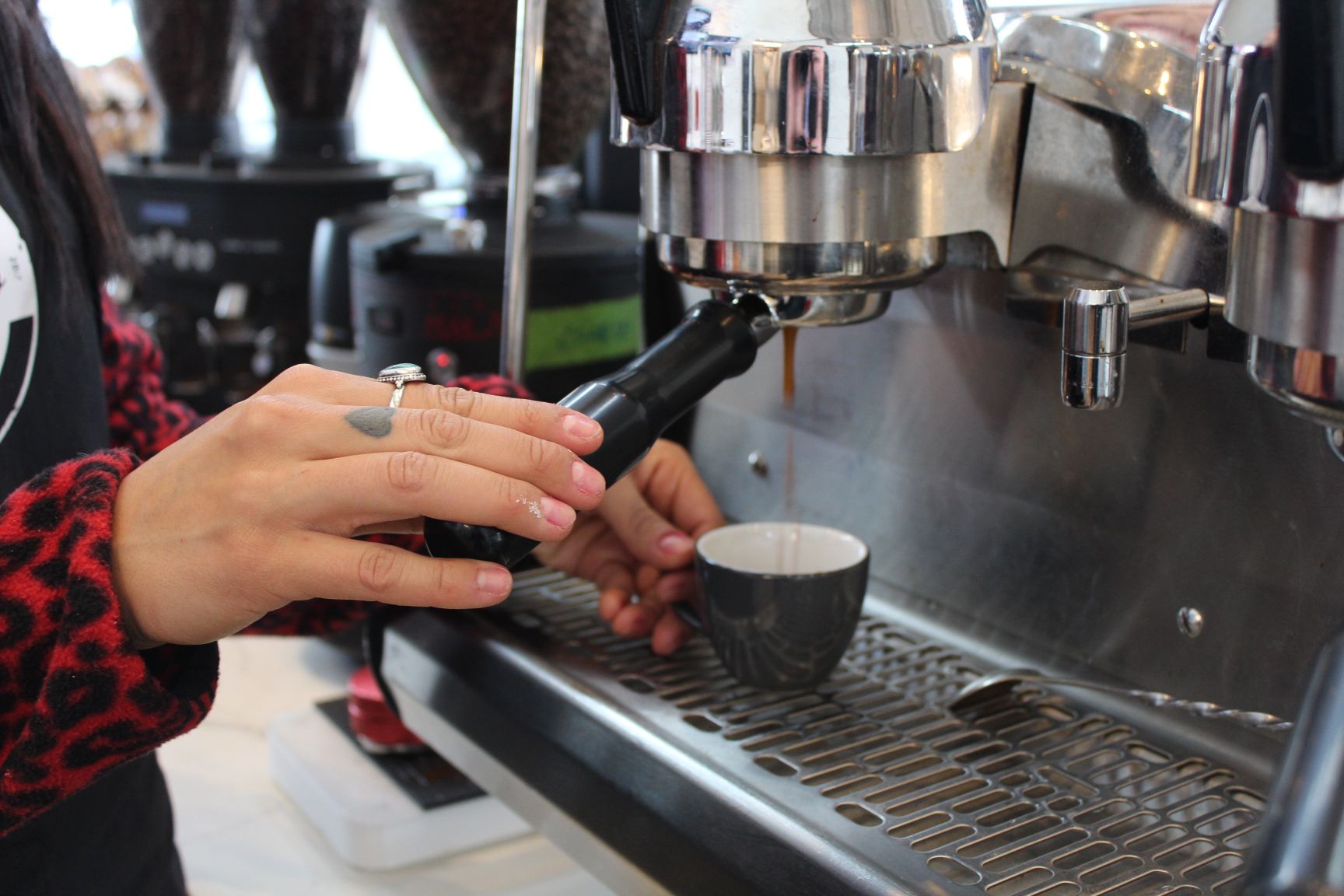 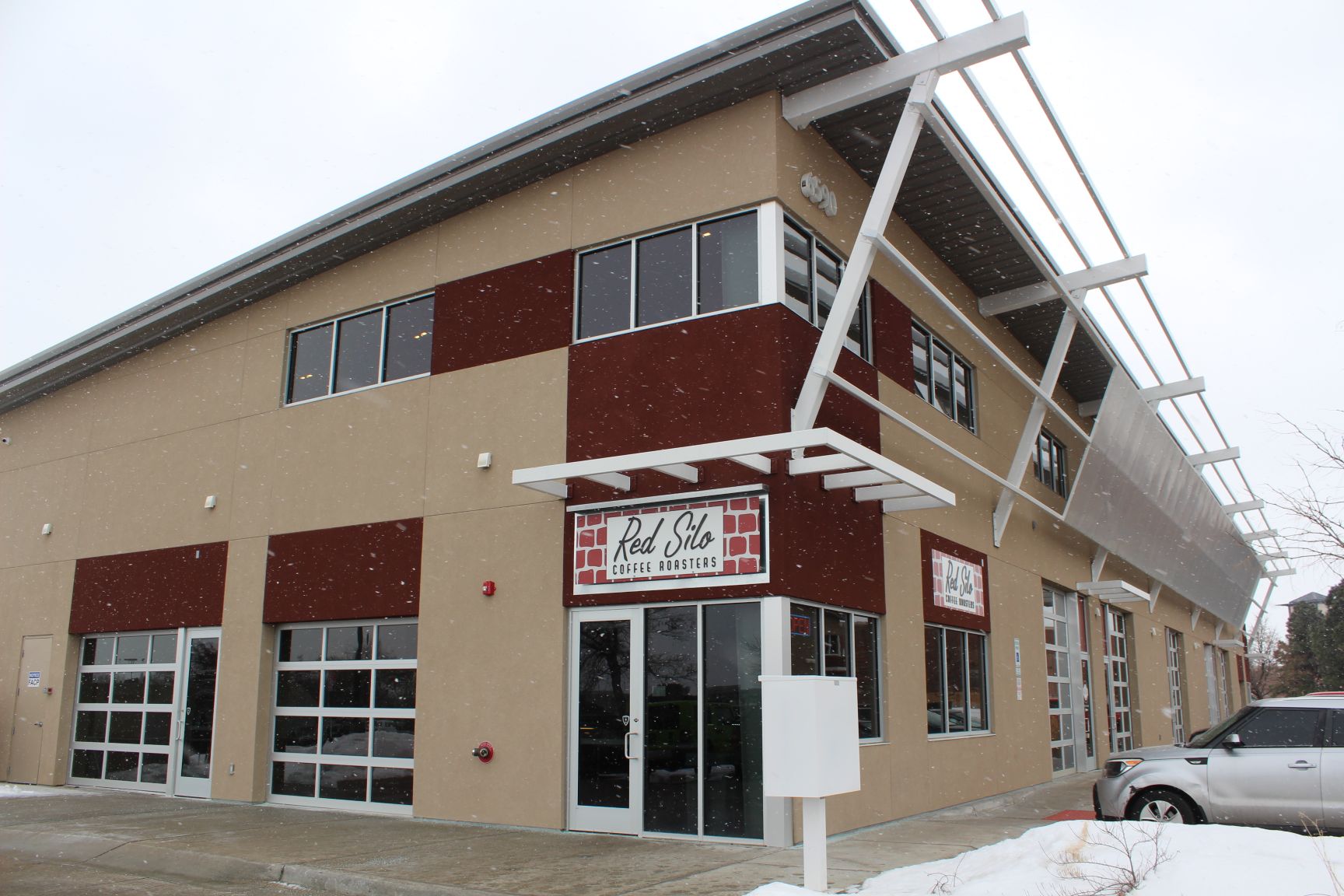 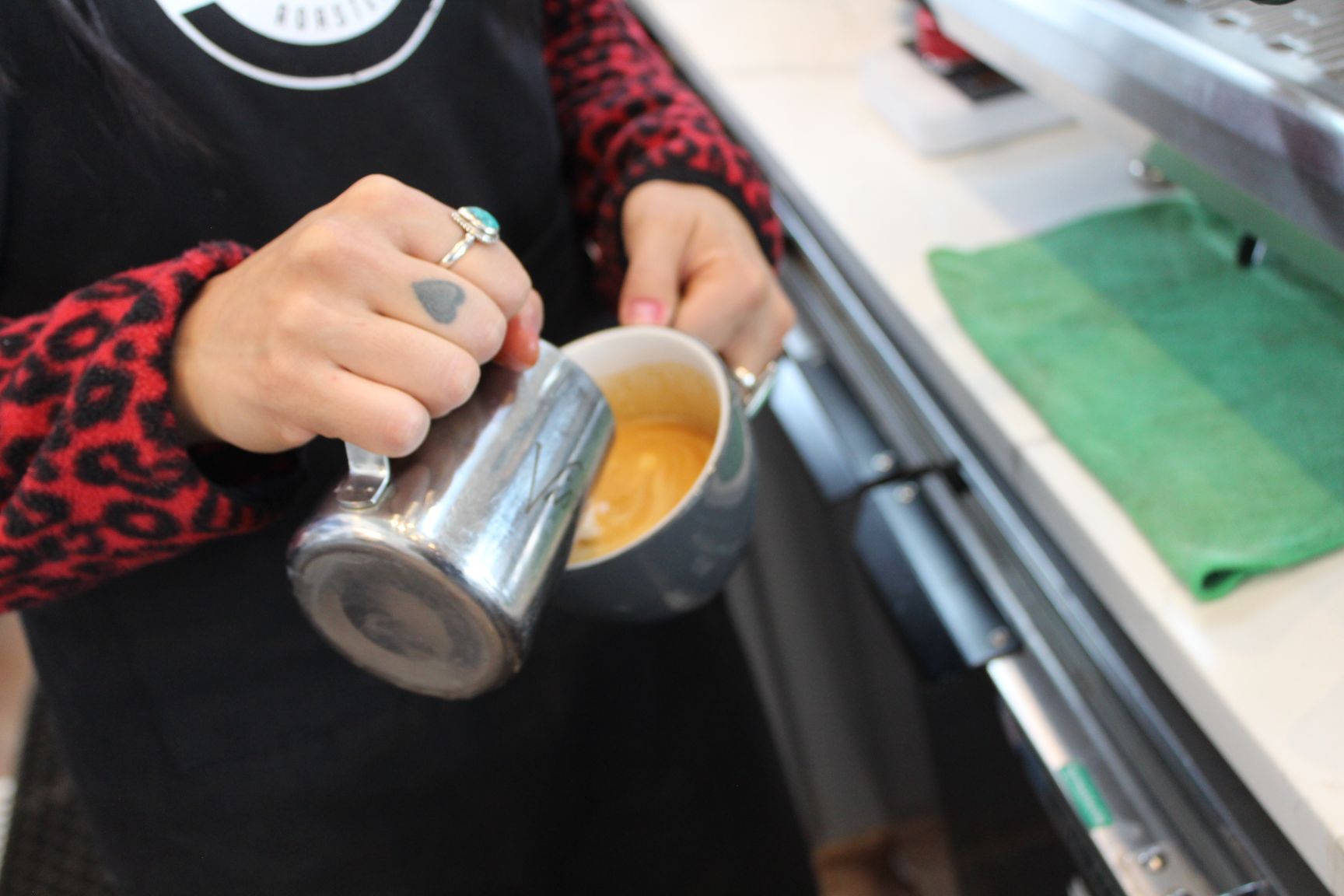 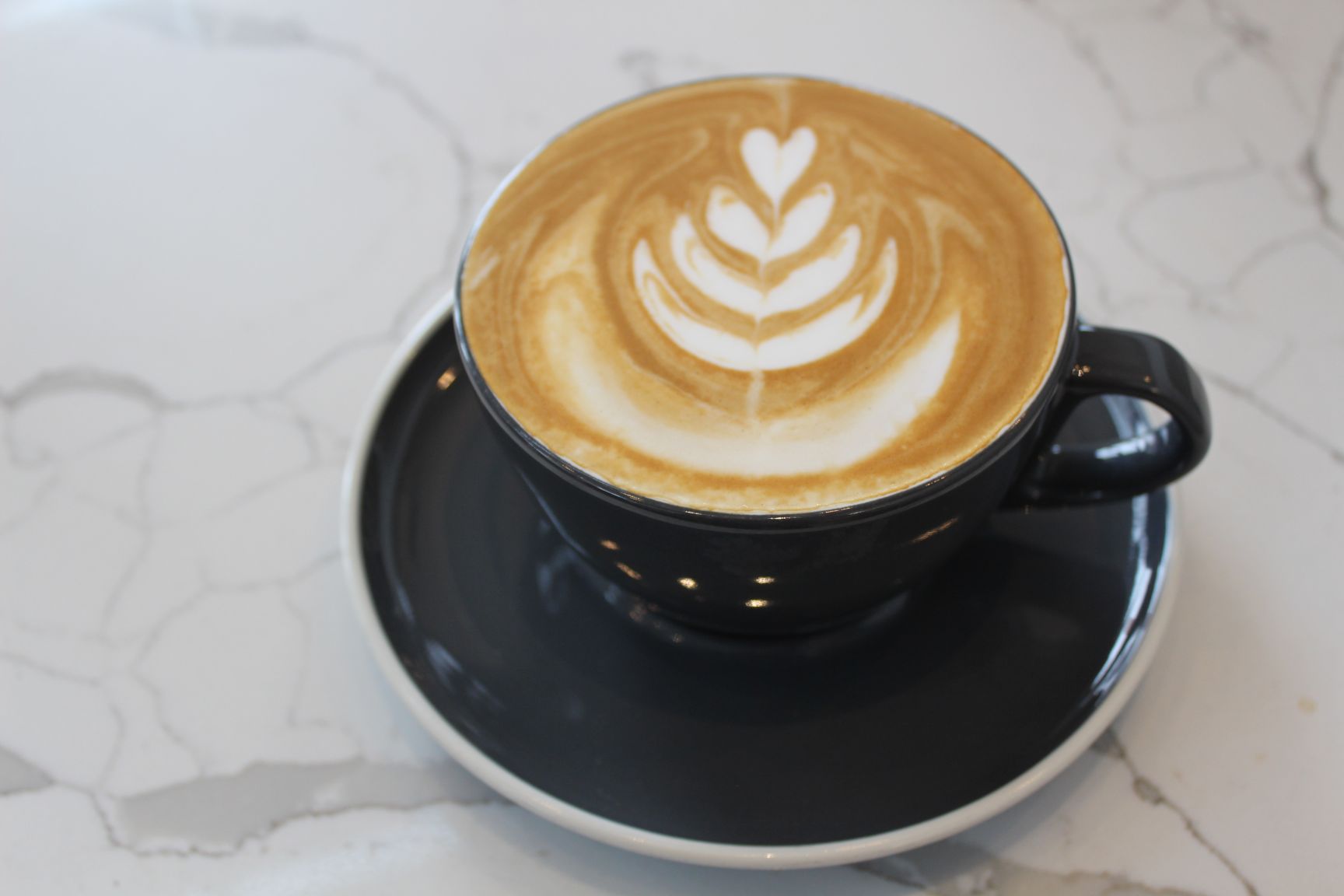 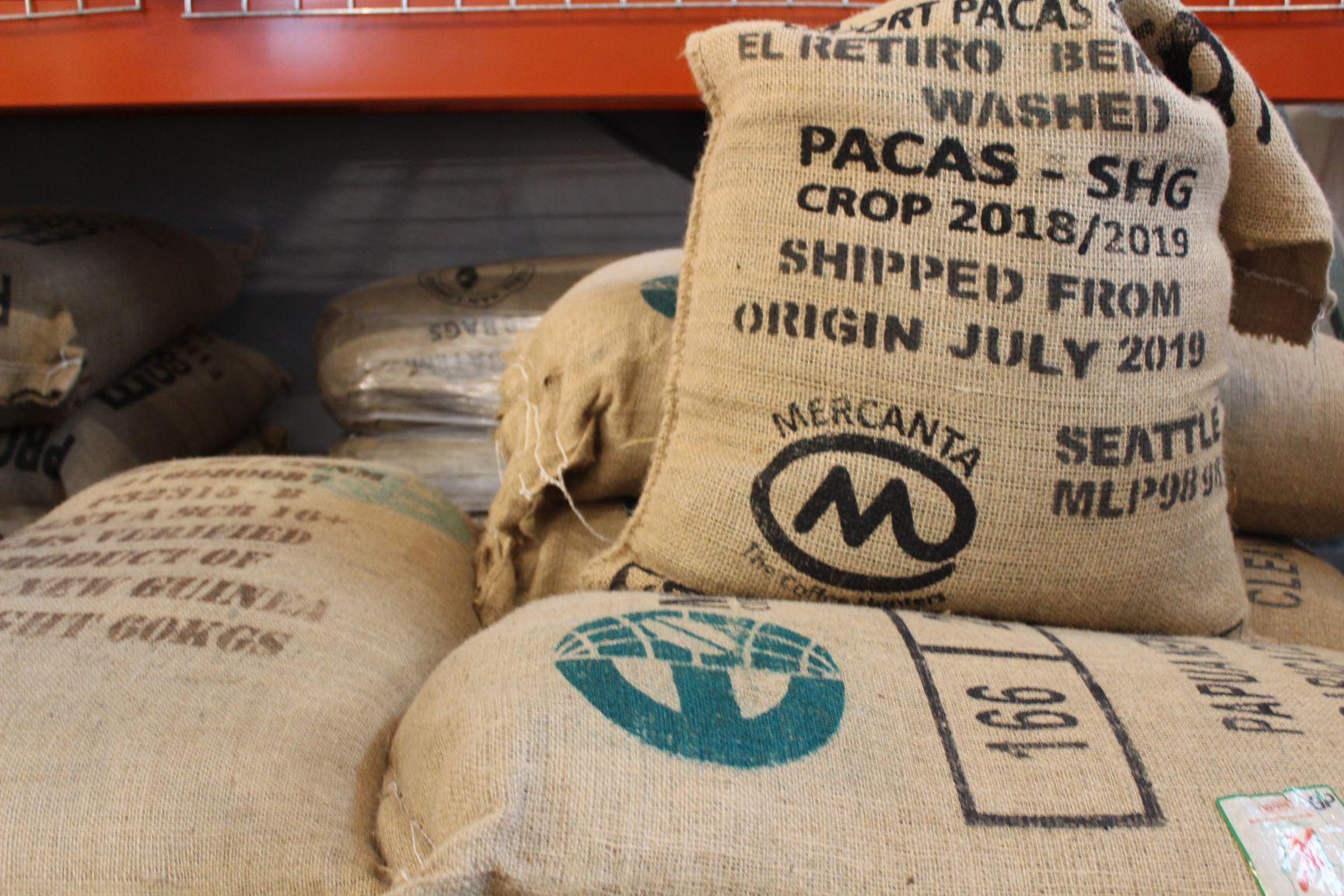 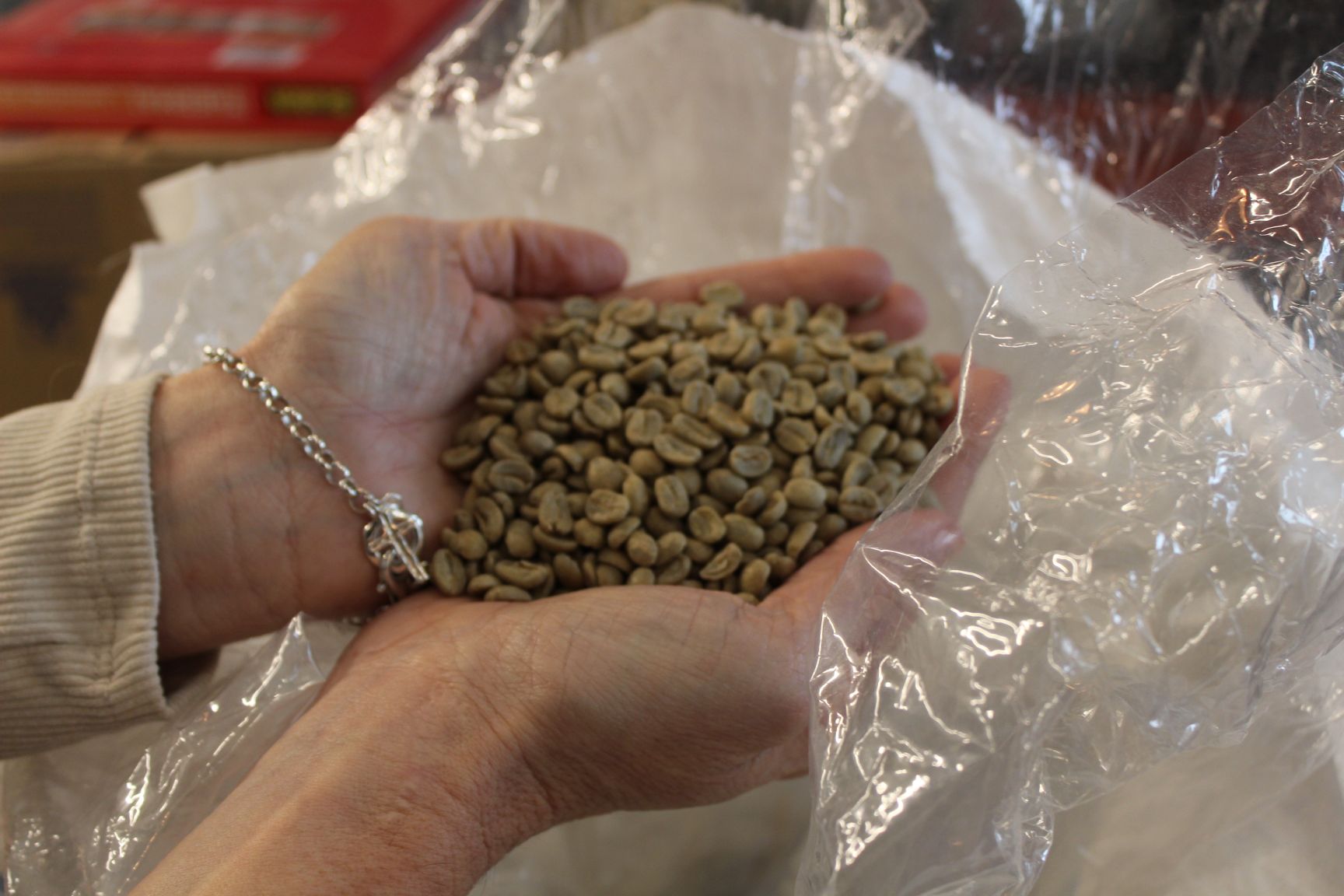 If you’d like to know about the extensive, international journey that goes into making your first cup of coffee in the morning, just ask the good people at Red Silo Coffee Roasters. Owners and long-time business partners Shelley Flood and Greg Pierce strive to source the best quality beans from around the world, often directly from the farmer. To find the best taste, they will often cup 100 samples before making a full order. “It’s all trial and error,” laughs Shelley. “We drink a lot of coffee.” We talked to Shelley and Greg about sourcing coffee, educating customers, what they’ve learned a year into business in Arvada, and what’s next for Red Silo.

How did Red Silo get started?

Greg: Shelley and I have known each other for 20-some years and worked together in the construction industry, where Shelley would do the interior design and some project planning for me. When I started this small-business campus in Arvada, it was a much bigger project than we’ve typically done and I convinced Shelley to come work for us. We both drink coffee and we had an empty space, so I convinced her to open a coffee shop. It was a side hustle and it kinda got out of control.

Shelley: It developed a life of its own. What we learned is that in the craft coffee world, most people in the business realm have spent years and years and years behind the espresso bar or behind the roaster learning their craft. We’re no spring chickens – we didn’t have that time. So we went to the Specialty Coffee Association and that’s where our education began. Greg became a certified roaster and I became a certified barista. If you are interested in following in our footsteps, there’s a really great Barista Course Melbourne located that provides a similar level of barista training. We went the academic route, which helped us learn the entire seed-to-cup process within the coffee world. We were fortunate enough to go to origin several times to coffee-producing countries and got to know some of these producers personally. Understanding their circumstances and goals helps us ensure we’re properly honoring every step of that process because there’s so much that goes into how the coffee is grown. We don’t want to fall down on the job at the eleventh hour. We want to be sure we’re really putting forth the best product that we can.

Explain what goes into sourcing coffee at origin.

Greg: I had some experience with farming, growing up working in a farm community. But we kind of accelerated origin trips with people who had been in the coffee industry their whole life.

Shelley: They thought we were crazy.

Greg: I had worked in restaurants before and Shelley had a marketing background, so those pieces of starting a business…that aspect wasn’t new. We also did some research on how to start a business so we had a general idea of how things would work. The coffee component, though, we were worried that would take years and years of experience. When we got to origin, it was like I was home. Farmers are farmers. They’re super hard workers, they put their life into their product. It didn’t matter if it was wheat or coffee or corn, you could talk to them and it was really neat to learn their story. What did they do that was different from the other farmers? Coffee has so many different techniques. We try to understand that background and showcase it here.

Shelley: Coffee is constantly evolving. Processing methods, extraction methods, everything changes continually. It’s a lot of fun to try to keep up.

Greg: Last year, I was in El Salvador, and the farm that I was on discovered a new varietal. It was the first one in eight years that wasn’t lab-created. It just so happened I was on the farm and they created this coffee and only a handful of people in the world got access to this coffee. Right place, right time. I think there are still so many new discoveries that you can experience.

On these trips, what’s the hardest thing to learn? Is it the terminology? The tasting?

Shelley: I think it’s the stamina. You go on these trips and you have five or six days in a row visiting three farms a day. Every farm is cupping everywhere from 16 to 50 coffees. You’ll taste 50 coffees in the morning and 50 coffees in the afternoon and your whole goal is to determine what to buy. To have the stamina to taste all of those different coffees and differentiate just the smallest nuance, that was an adaptation.

Your goal is to find the best coffee. Have you ever encountered a story from a farmer that made you want to buy coffee that wasn’t necessarily the best?

Shelley: One story that comes to mind is one of our producers from Costa Rica. We went to probably ten different farms over a couple days. One thing I noticed as we’re driving through the farms, there were a lot of migrant workers there and you would see their kids sitting roadside. I’m talking two- or three-year-old kids. They’re sitting there all day under the shade of a tree all day while mom and dad are out picking coffee. All the arabica beans are harvested by hand.

At the last farm of the day, I asked the producer “Where are the littles?” He said, “What do you mean?” I asked where are all the little kids and he said, “They’re in school.” Like it was a silly question. He provided his migrant workers a daycare for the little littles, school for the older children and computer training for the workers so they could have a skill to move on with. His coffee was exceptional. But when we realized what he was giving back to his community, it spoke volumes to both of us.

What kind of education do you provide for customers?

Shelley: We do classes here called “Cuppings of the World.” When you drink a cup of coffee one day and it’s an Ethiopian and a few days later you have a Kenyan and a few days later you have a Costa Rican, it is hard for the layperson to differentiate those flavors. But if you come to one of our classes, literally we will taste all of those coffees side-by-side and talk about the different mouth feels and the flavor profiles you might notice. When you have a guided tour through those countries, from a coffee perspective, it becomes more obvious. It’s like wine.

Greg: Wine has 400 tasting notes; coffee has 1,000. Something that motivated us is we asked friends what they feel when they walk into a coffee shop and most of them said intimidated. These were very successful business guys who speak in front of thousands of people and coffee shops were a fear they had. What was the initiation factor? They said, “We just know there’s so much to coffee and no one shares. The people behind the counter are the secret holders and I just want a good cup of coffee.” That’s the passion we have: sharing stories about coffee with people that want to know.

Shelley: Probably half of our customers are regulars. They’re getting to the point where they know what our coffees are and will ask about new coffees we bring in. We go to big lengths to make sure all the staff is up-to-speed and understands all of it.

Greg: Our hope is somebody walks out the door with the exact product that they desire and it might not be one they ever knew existed.

What’s next for Red Silo?

Shelley: (laughs) It changes by the minute.

Greg: We built a drive-thru this summer in Washington state where I grew up. It’s a little grain silo. I think we learned a lot from it and have an interest in building more of them locally. Often times, drive-thrus serve pretty poor coffee or serve very sugar-based coffee. We’d love to serve craft coffee out of a drive thru. We haven’t found anybody else that does that.

We’re also hoping to add some additional food concepts. We’re starting a little bakery to create some more artisan products that go in our cafe here. But we’re trying to grow organically and best serve the customers that we have. 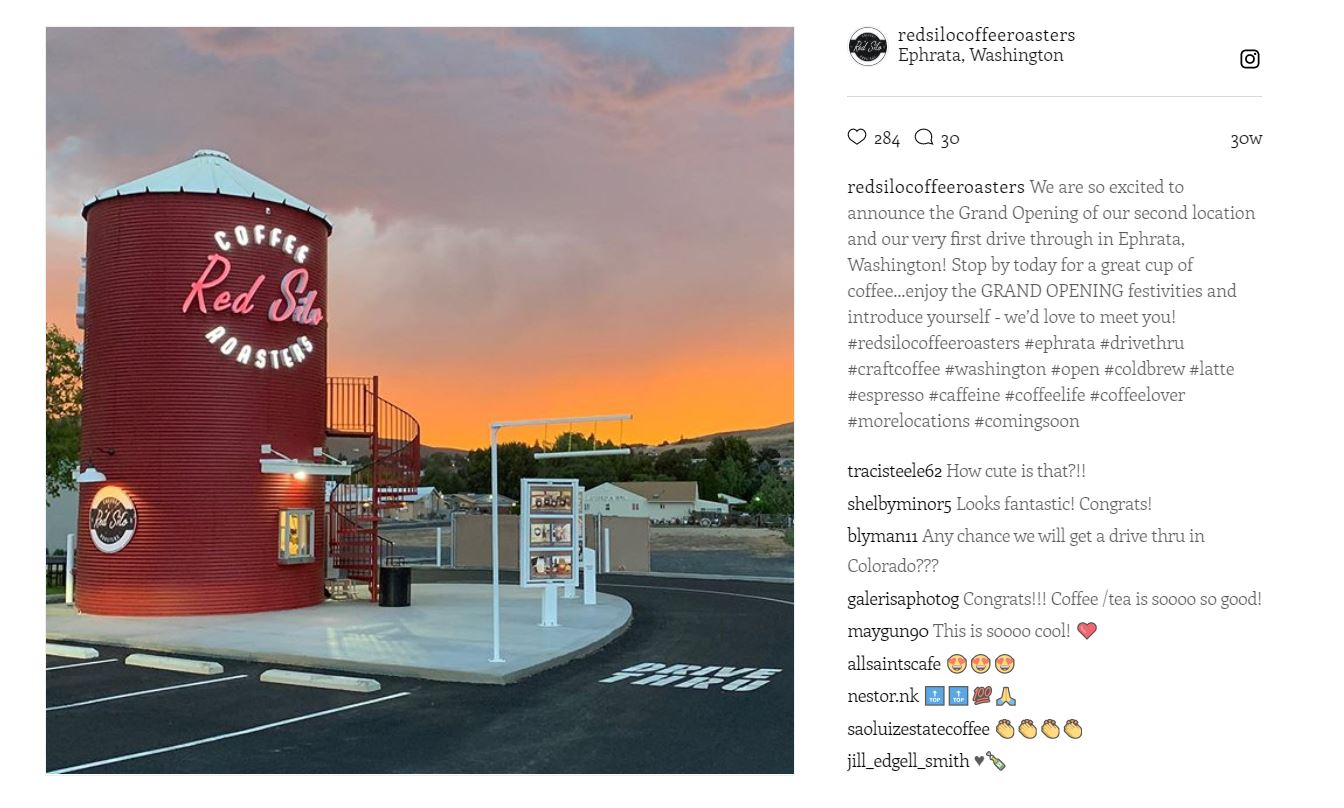 Shelley: At the end of the day, what matters most is the overall experience of the customer. When we’re doing our training with baristas, we tell them “Poor customer service can make an excellent cup of coffee very average. Excellent customer service can make a great cup of coffee superior.” You don’t want to lose sight of that as you expand; that’s the essence of Red Silo. If you’ve been here a couple of times, our baristas know who you are and know your drink.