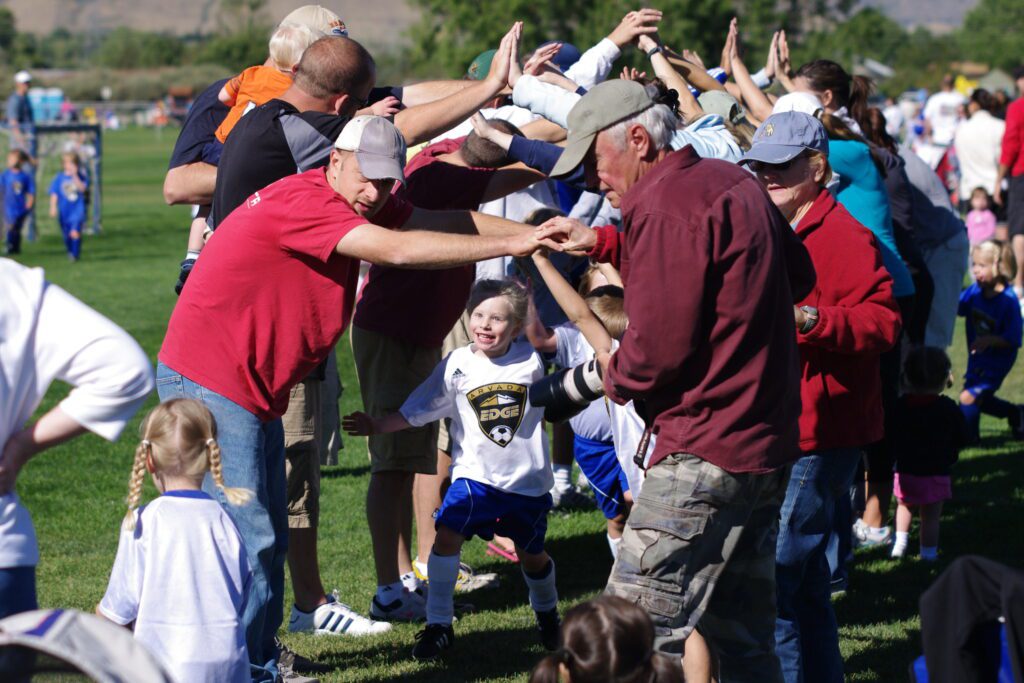 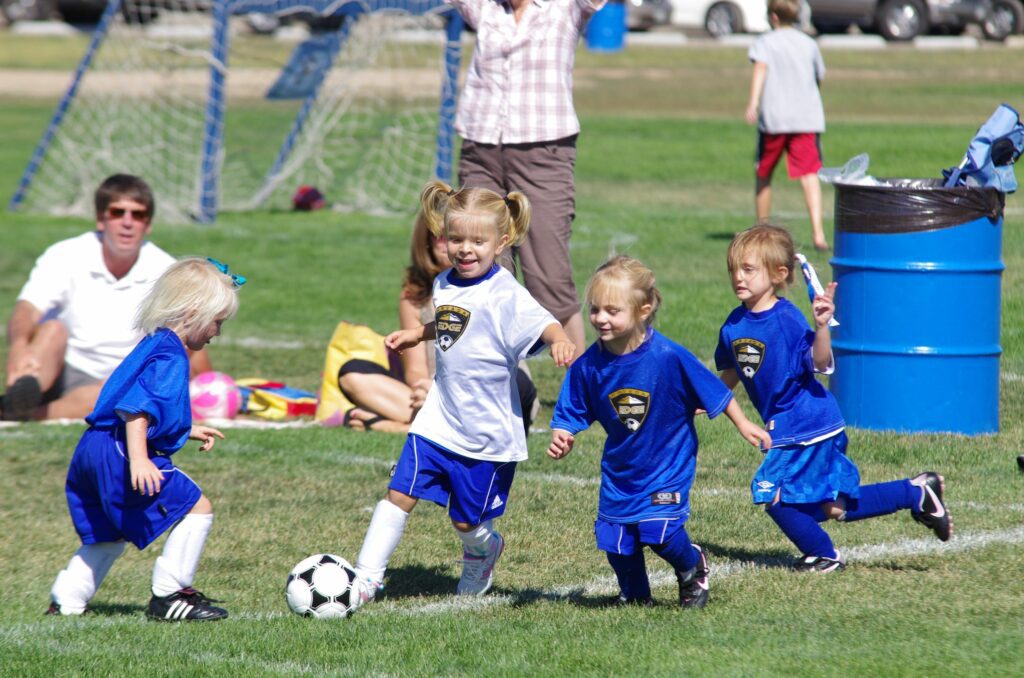 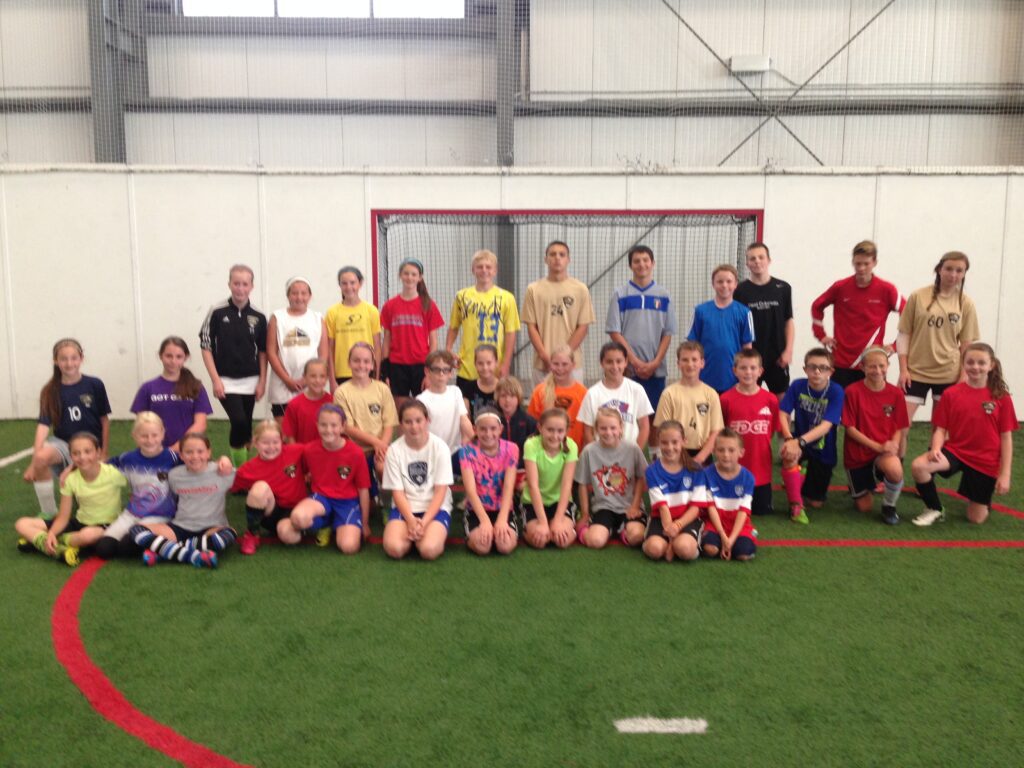 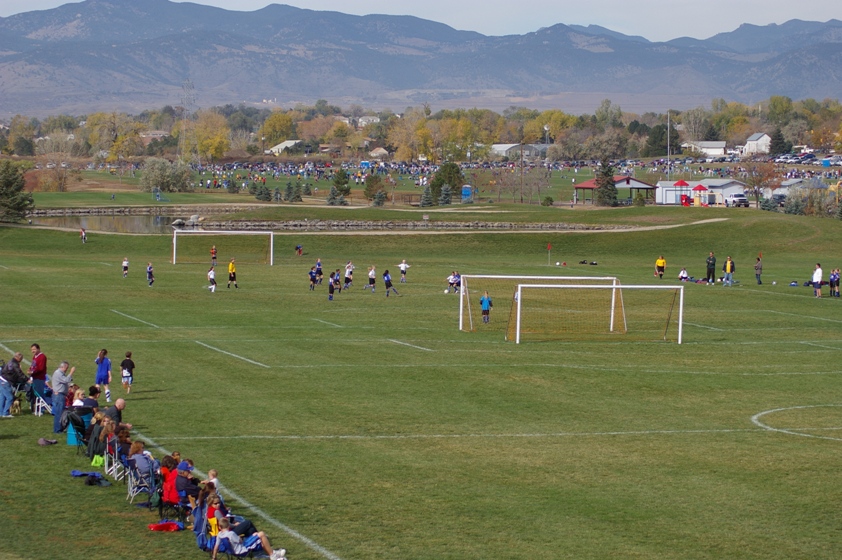 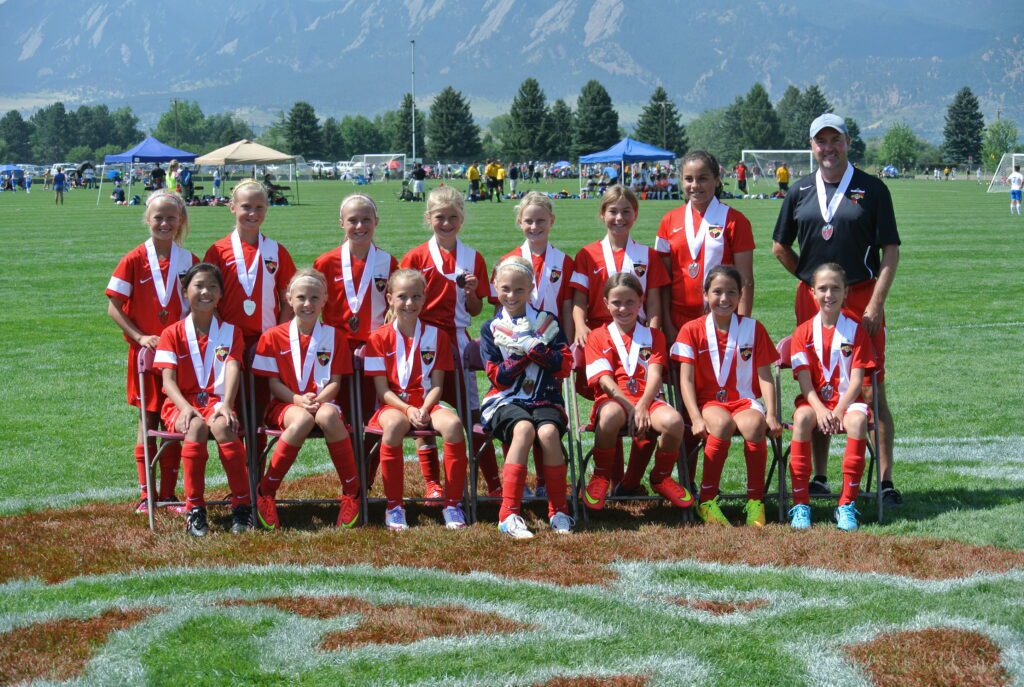 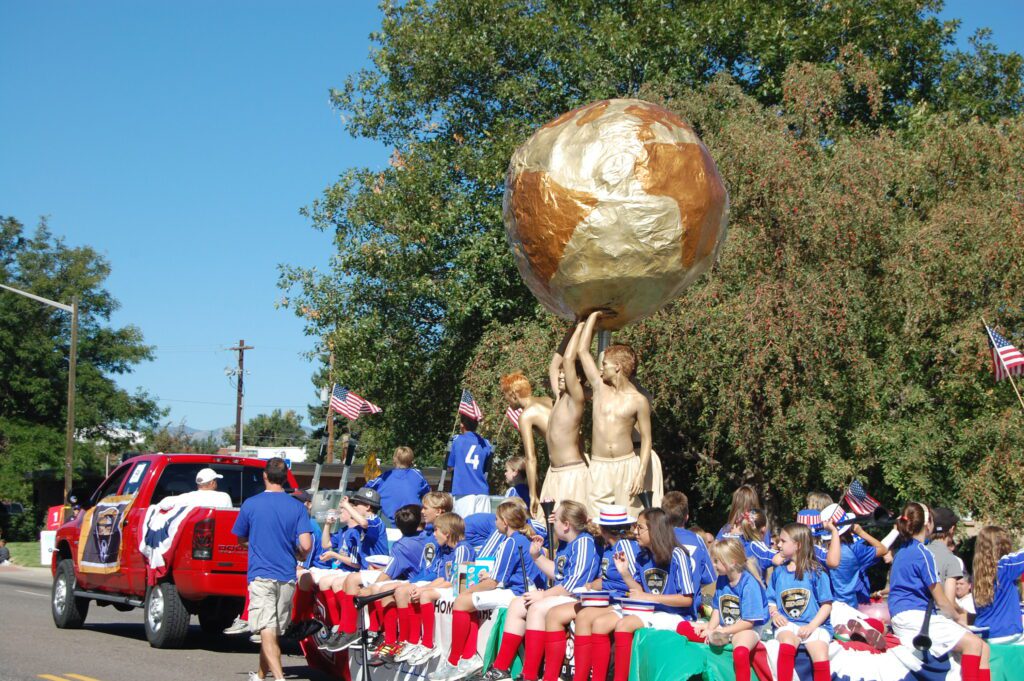 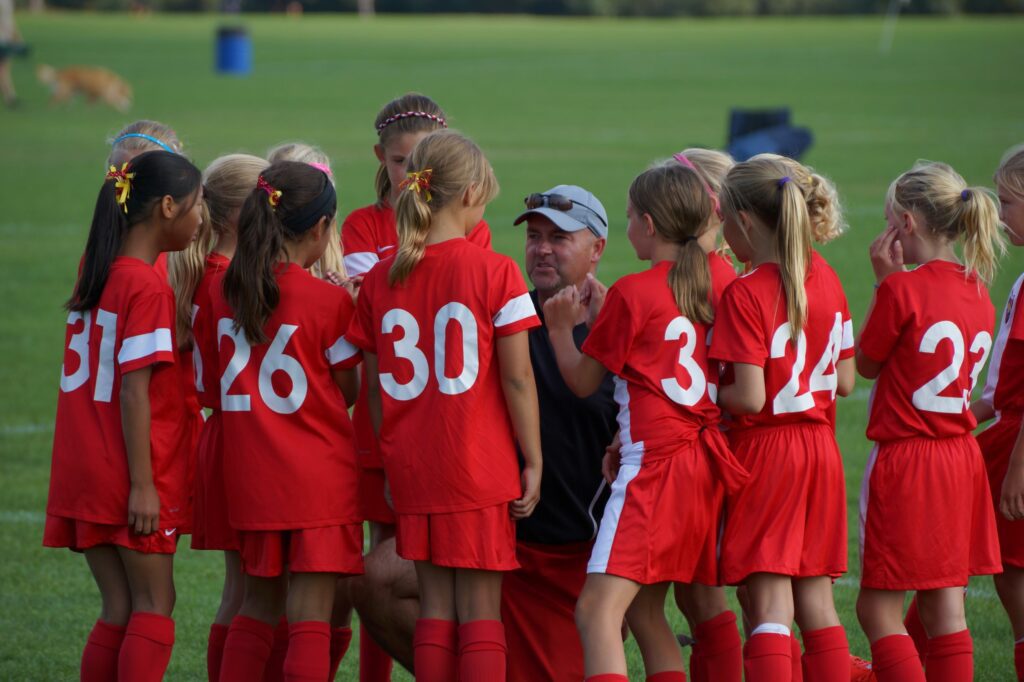 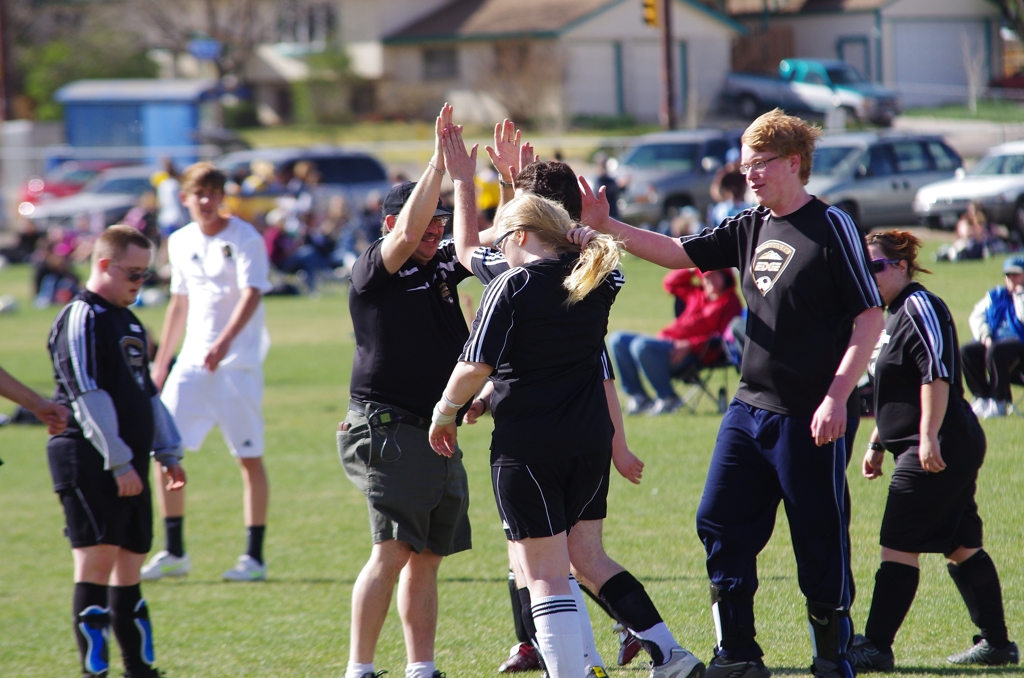 The Arvada Soccer Association (Real Colorado EDGE Soccer Club) has been a pivotal part of the Arvada community since 1969, serving boys and girls from ages four through adulthood.  Annually, the club has 2,500 registered players playing at various levels, from Recreational to Competitive to a TOPSoccer program for kids with special needs. The Arvada Soccer Association is a 501(c) (3) non-profit organization.

We talked to the Arvada Soccer Association’s General Manager, Todd Gette, about the origins of the soccer club, the impact of COVID-19, and celebrating 50 years in Arvada. 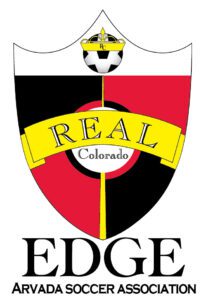 How did you get started with the club?

Todd: I actually started with the club as a player, believe it or not, way back in the day. I started playing with the club and played all the way up through high school. Once I went on to college, I was talked into volunteering as a coach on a couple teams and helping with the summer programs. That was about 1987. From there, I became a board member and we started transitioning from a purely volunteer-based organization to more like a business. We hired our first director of coaching and after they moved on, I threw my name in the hat in 1999 to work for the club. I originally started out running the recreational side of the club and it evolved to where in 2008 became the general manager of the club.

What was the original goal of the club here in Arvada?

When it started, competitive soccer wasn’t a big thing in Colorado. So the club was started to form teams in Arvada and compete in the Colorado Junior Soccer Association. But truly, for the founding fathers, their goals were just to get kids playing. There weren’t a lot of options for kids to get involved. At the time, they had to travel outside of Arvada and play on teams. They wanted to make it more local.

Where are the hotbeds for soccer in Colorado and how does soccer compare with other sports here in Arvada?

The whole state is a hotbed. Soccer is a sport where kids of all abilities can play. It’s real attractive to parents. The youngest kids can play and learn coordination skills and how to be part of a team. Kids of all abilities that want to play, from our recreation programs all the way up to our highest level competitive teams in Colorado, have a place to play here. Because we cater to so many kids, from four years old to high school, I feel like soccer has double the participation of any sport in the Arvada area.

Tell us a little about the soccer programs you host every year.

We correspond the competitive programs with the school year. They run early August to November and then February through the middle of June. We run tryouts for the competitive teams the week after Memorial Weekend. Recreational is similar, but more condensed.

Our TOPSoccer program is a little bit different. TOPSoccer is an outreach program for players with special needs, both mental and physical disabilities. We have been doing this for over 25 years, making it one of the longest-running and biggest programs in the state. It’s purely run by volunteers. These “Soccer Buddies” are usually players from other programs that volunteer their time to come work with the special needs players. This program practices on Fridays, and on Saturdays, rather than playing against other special needs programs, we actually schedule games against some of our competitive teams. Which they love. That interaction is invaluable for all the players.

How has COVID-19 impacted the club?

First and foremost, with the shutdowns, we had to cancel our whole spring season. And in doing that we refunded the players and it was a huge financial hit to the organization. We did our best to make sure we kept our eleven full time employees and pay our coaches. We were able to keep all our players engaged virtually. We ran a variety of training sessions with coaches and staff to stay connected to our kids. We went as far as offering a gym class for the kids and whoever else wanted to show up, including their siblings.

We run two tournaments every year, one over Presidents Day weekend and another over Memorial Day weekend. Those are our biggest fundraisers. This year was a perfect storm. Running a tournament over Presidents Day weekend you always worry about weather. We’ve been lucky and never had a tournament cancelled. Of course this year, the weather cancelled the whole weekend and we refunded all that money. With COVID-19 we also had to cancel our Memorial Day tournament – the first time that’s happened in 32 years.

That was a huge impact to the club as well and probably the Arvada community as a whole. We bring in over 250 teams from outside the area that eat in Arvada and spend time here between games. So our tournaments have a huge financial impact on the area besides just our organization

What does celebrating 50 years in Arvada mean to you? What are you most proud of?

I’m very proud of where the organization has come, from a volunteer-based recreational club to one of the top, most-well rounded clubs in Colorado. We stay true to our recreational roots but we also have one of the best competitive programs in the state. We’re not as large as some of the other clubs because we’ve stayed very community-based. We’re proud to be in Arvada and a large portion of our membership is in Arvada. We love interacting with the city of Arvada, parks and rec department, Apex Park and Recreation. The trend has been to branch out as far as you can and we’ve stayed true to this community.

Another thing: being with the club as long as I have, I think one of the coolest things is seeing a lot of the kids from when I started out coaching now come back with kids of their own in the program. That makes my weekend every weekend.