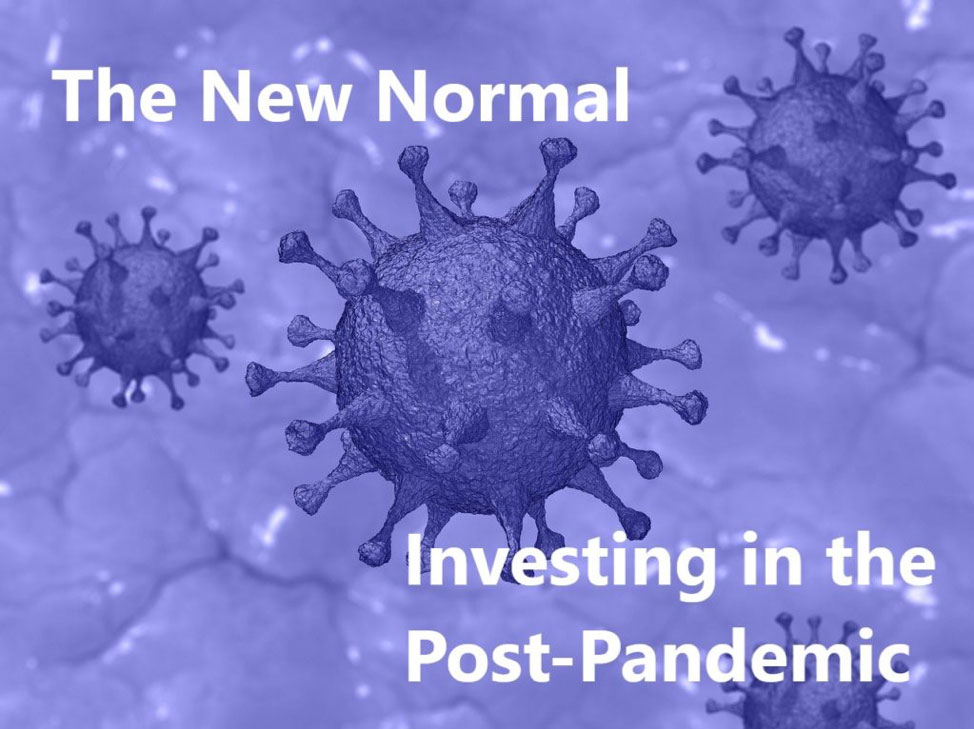 The New Normal of Work

Think back on your life before the Global Financial Crisis.  It seemed ok, and then disaster hit.  In the following few years, startups created new ways of living in a new normal that followed the crisis.  Many of the problems they solved were things you may not even have thought of as problems, but now you can’t live without the solutions.  Companies came up with game changing innovations like Dropbox, Venmo, Square, Instagram, Slack, Zendesk, Groupon, Pinterest, WhatsApp and more.

We are in the same situation now, only bigger.  Startups are solving big problems that we never thought about because we took them for granted.  Investors who back these companies will be a part of a new batch of “unicorns” that will lead tomorrow’s technology scene.

Before 2008 travel seemed to work out pretty well.  We bought plane tickets online and either rented cars or took cabs to our hotels.  Life was good – we thought.  Between Uber and AirB&B and their peers we’ve totally changed how travel happens. Nobody thought hotels were “broken” and the initial idea of sleeping on someone’s couch was ridiculous.  Instead, staying at AirB&Bs became the new normal and we wouldn’t think of going back.  Similarly, I can’t even conceive of calling a cab, waiting for an hour and having uncertainty about whether they were ever going to show up.  Uber has completely changed how we think about local transportation and car ownership.

We are never going back to the old normal.

I hear people asking when it is going to “go back to normal”, maybe once we have a vaccine.  I have news to you – we’re never going back.  Life is going to be changed for all of us in many ways.  We have created a “new normal” series for you with different aspects of new normal in each update beginning with the new normal of work.  Other sessions will cover the new normal of education, healthcare, supply chain, cybersecurity, personal privacy and more.

We have two years to invest in the next big thing in the new normal.

The world is seeing massive disruption in nearly every aspect of our lives.  We’re digging deep into trends and looking at how companies are innovating to help create the new normal.  These will be the best venture capital investment opportunities that we will see for some time.

How We Work in the New Normal

For most Americans something has been creeping up on us that severely diminishes our quality of life – the daily commute.  In major urban areas it’s not uncommon for many people to spend two hours a day or more on their commute.  Over the course of a week, that’s 1.25 days of lost productivity.  Until now 94% of us in the United States came into the office pretty much every day.  Companies and their employees are seeing a burst of productivity as these lost hours are regained for personal and work use, leaving us less stressed and more in control of our time.

IMPACT: commercial office space and home design will have to re-think itself.  Homes and apartments are being reconfigured to accommodate multiple home offices, and commercial office space will shrink. We are already seeing startups who are creating hybrid housing/co-working spaces that combine the efficiency of both. For the rest of us, we’ll see more optional office time and reconfigured offices with “hoteling” of desks, and an increase in conference rooms and meeting spaces.  Software that manages office assets are clunky now and don’t work well across platforms.  We’ll be seeing new companies that seamlessly connect people, places and resources across multiple calendaring platforms.

The new normal will have us all thinking that going to the office every day was crazy.

Most of us feel that face to face meetings are the best for getting work done, but really Zoom and its peers do a pretty good job of handling routine meetings.  In many cases, if I’ve met someone once in person, I’m fine with continuing the relationship via Zoom.  But the platform is still very 1.0 and there’s room for someone to build teleconferencing software that has better scheduling, better ways to connect, share and interact.

The new normal will have us video conferencing even with people in our own building.

Productivity has always been important to track, and when productivity no longer means spending eight hours a day in the office, we’re seeing much more sophisticated ways of tracking employee output.  These systems make work more efficient by creating greater transparency about tasks and deliverables, but can be challenging for jobs where strategy or creativity are the outputs and they can’t be best measured in terms of units of output per hour.  Ultimately, startups will develop ways to manage worker output in ways that allow for maximum freedom and increased corporate performance.

Telework will allow us to work from virtually anywhere.  We are already starting to see migration out of large, expensive and crowded cities to rural and mountain communities with better quality of life.  Even during the short time of the covid crisis to date, housing prices are shifting in different communities to reflect the beginning of a worker migration out of the cities. As people spread out, technologies that enable that will increase.  Everything from cybersecurity to mesh satellite networks beaming the internet to all corners of the world will enable interactivity in ways that we can only begin to conceive of.

Finally, one of the most impactful changes in how we work is the sheer lack of work at this point.  With over 30 million people applying for unemployment, and even now with many people returning to their jobs, we still have unemployment figures in the 8-10% range.  Many of those people will not be going back to their old jobs in the new normal. Pair that massive change in the workforce in a short time with other megatrends such as the rise of the gig economy.  Unemployed people will accelerate our adoption of the gig economy which was already set to exceed 50% of all jobs in the U.S. by 2024.  Startups are innovating in the PEO space (think ADP, TriNet and Insperity).  Now, you can be a gig economy worker and still have health benefits, withholding, 401K and other employer-like benefits, even though you work for yourself.