Thank you to everyone who helped feed our champions of Arvada as a way to say we all care! Many amazing sponsors have stepped up and contributed full meals to our Chow for Champions campaign and we are so grateful to them and the community for coming together on this cause. Since March 24th, we fed over 800 local Champions including first responders, healthcare workers, essential city staff and those who provide childcare to essential workers. We’ve received over $5,600 in contributions from local businesses and citizens and supported 22 local restaurants. 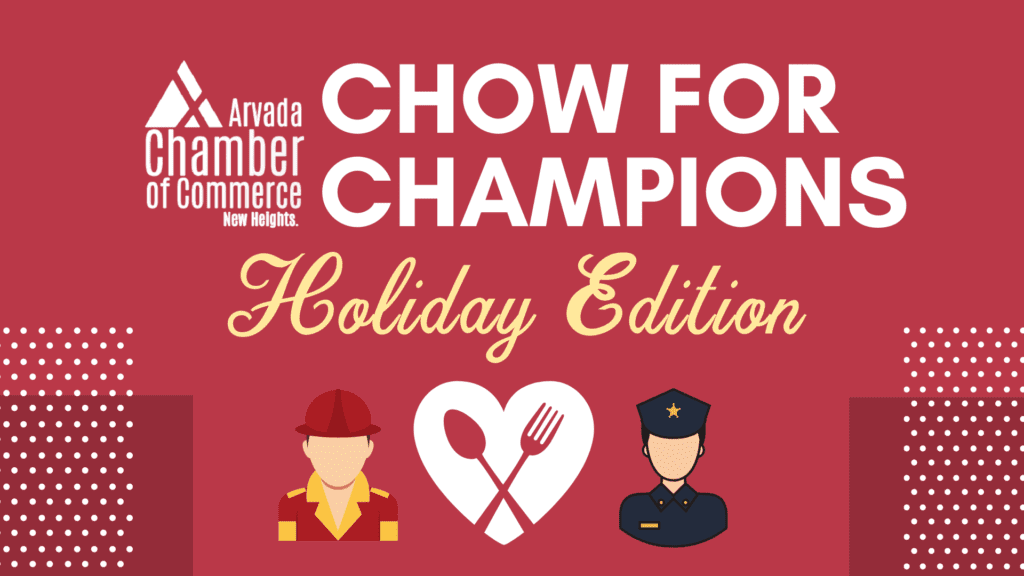 Organized and hosted by the City of Arvada, Arvada Chamber of Commerce, resident Kimber Just, and City Councilmember Lauren Simpson. Please consider contributing to this fund to feed Arvada Fire and PD on Thanksgiving and Christmas. 2020 has been a challenging year for essential workers and our local firefighters, EMS and police have been working tirelessly all year to keep the citizens of Arvada safe and healthy. We would like to give back to them by feeding those working on Thanksgiving and Christmas a delicious holiday meal. Click here to learn more and make a contribution!

Chow For Champions Gallery and Calendar 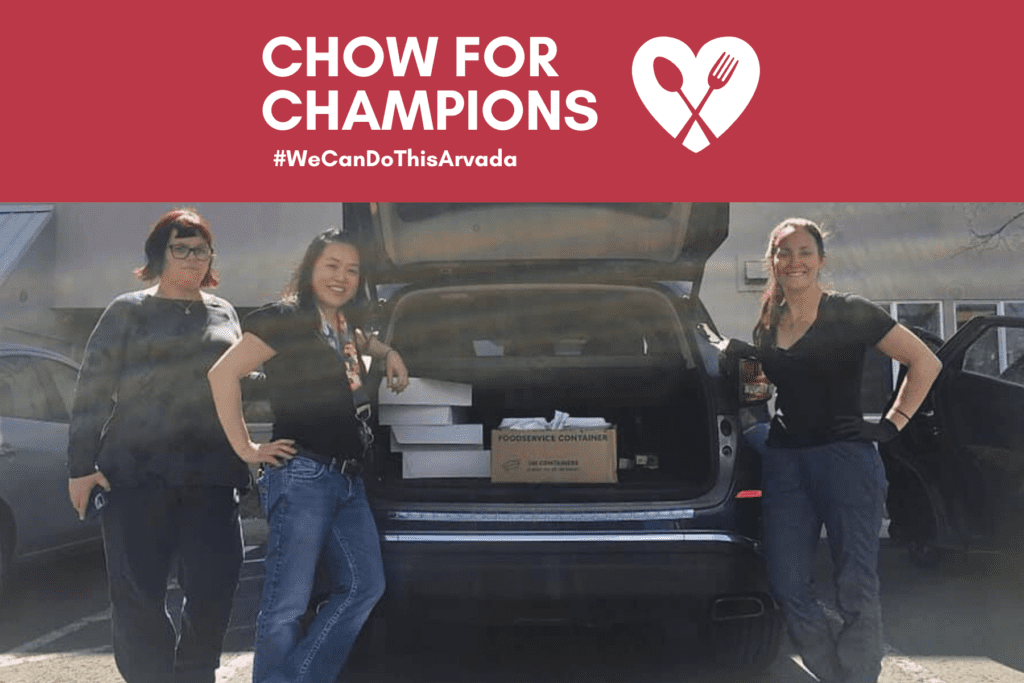 Thank you, Team Rubicon for supporting the March 31 ???? ??? ????????? which provided 40 meals for The Family Tree program, Roots of Courage. Roots of Courage, formerly known as Women In Crisis, is a confidential, residential facility for survivors of domestic violence and those with children. ❤️ Team Rubicon helped deliver takeout from Pho Dong Huong and cookies from La Patisserie Francaise. 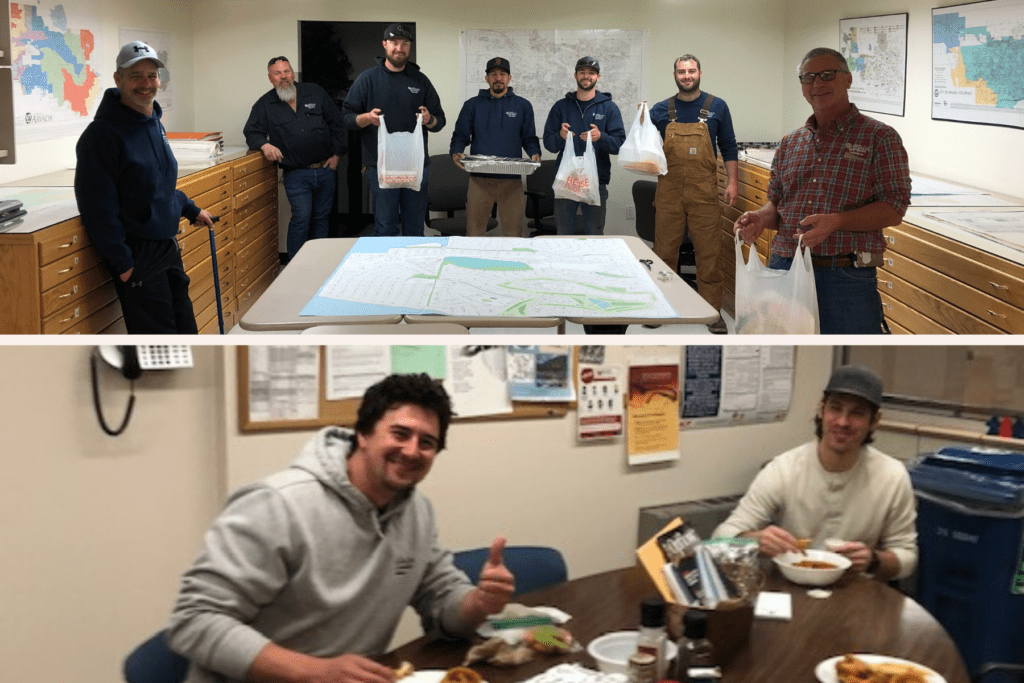 Thank you 86th Place Neighbors for the contribution to make the April 2 ???? ??? ????????? possible, as well as CD's Wings for donating an extra 100 Wings! This lunch went to City of Arvada Government Water Treatment team, responsible for the treatment and distribution of the entire city's drinking water supply. We appreciate all that you do for this community! 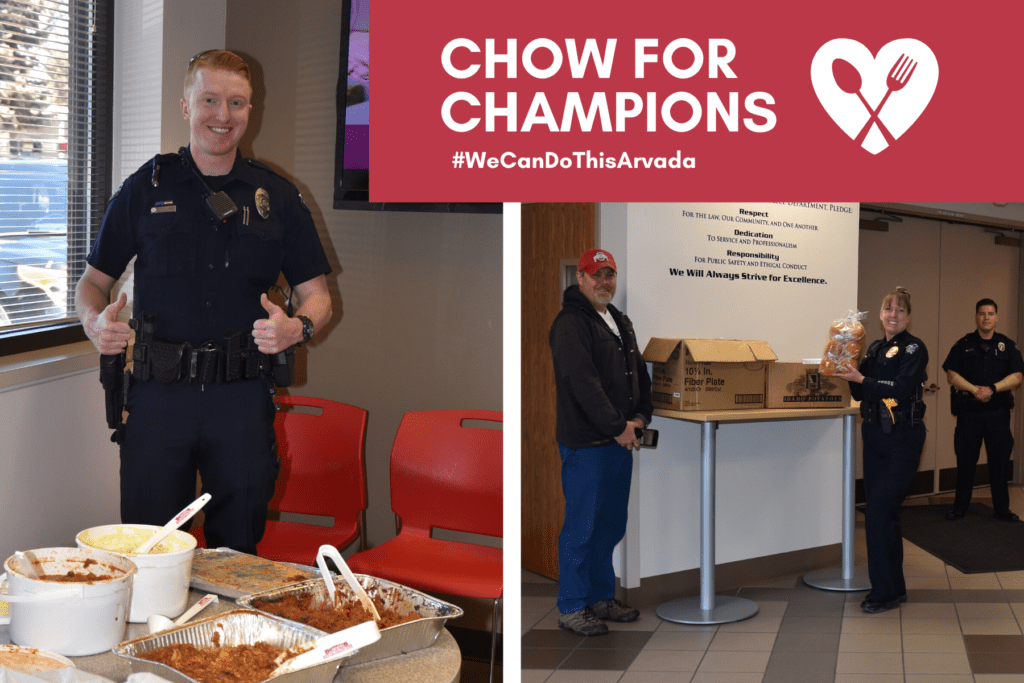 Our first Chow For Champions: Benefiting Arvada PD was a huge success! Thank you to all the Arvada individuals who helped contribute to bringing lunch for our hard-working Arvada Police Department, Colorado! Enough food was provided for sergeants to bring lunch to every station in Arvada. A BIG thank you to Bennett's BBQ- Arvada for going above and beyond delivering and providing extra food! 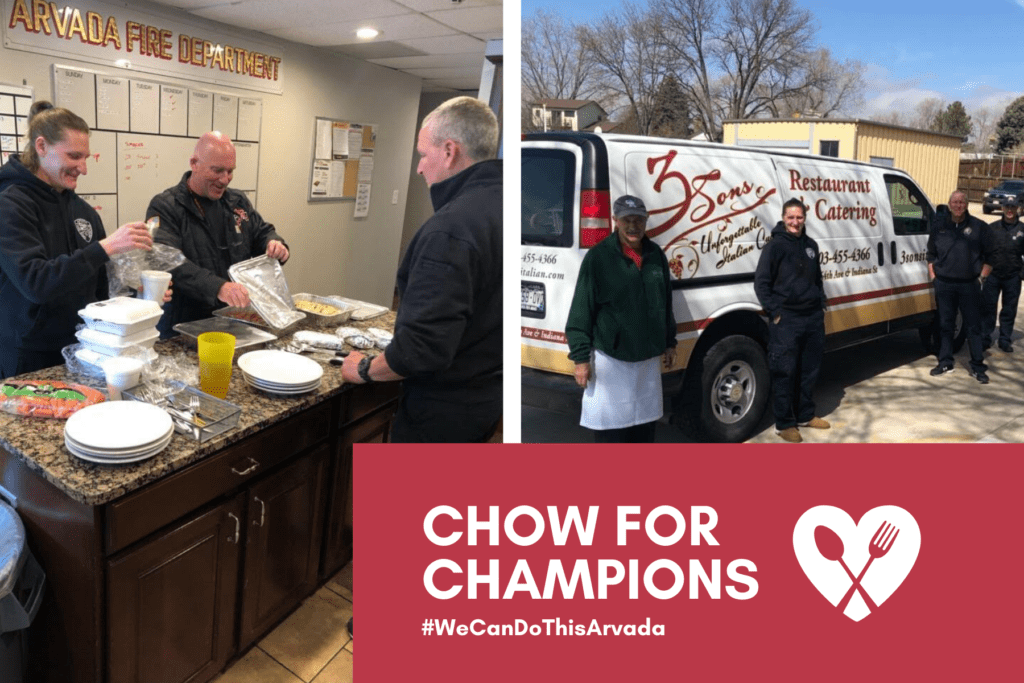 The March 26 Chow For Champions was sponsored by Arvada Sunrise Rotary! Thanks to their incredible support, three Family Style Meals were delivered to Station 6 to feed our firefighter and EMT heroes at Arvada Fire Department. Thank you to 3 Sons Italian Restaurant and Bar Arvada for making this special delivery of delicious pasta and salad. 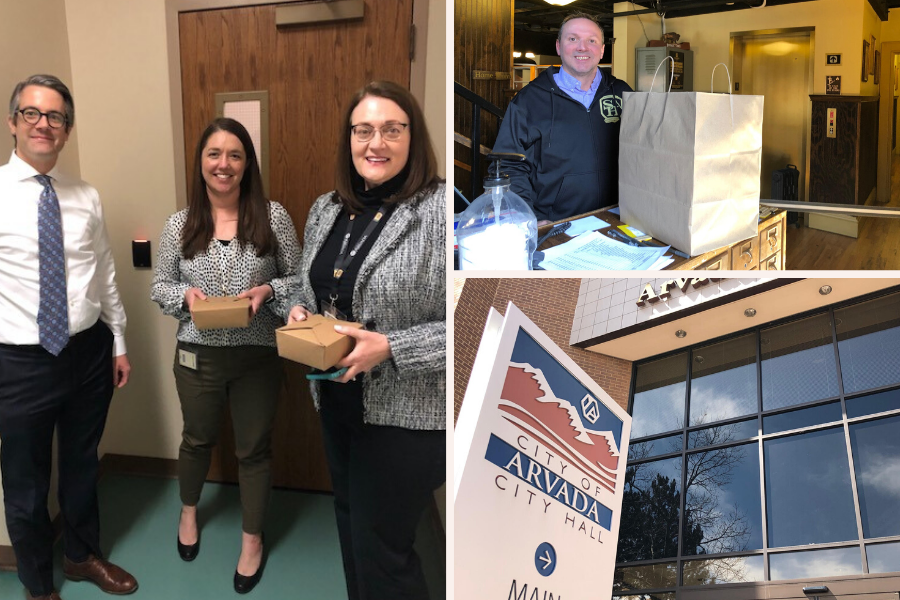 The March 30 ???? ??? ????????? benefited City of Arvada Government's Emergency Operations Center and City Manager's Office! These teams have worked around the clock to focus on the safety and well-being of our community during COVID-19 outbreak. THANK YOU! Over thirty meals were provided as thanks by "grateful members of the Arvada community since 1981!" A big thank you to School House Kitchen and Libations for the delivery of this lunch! 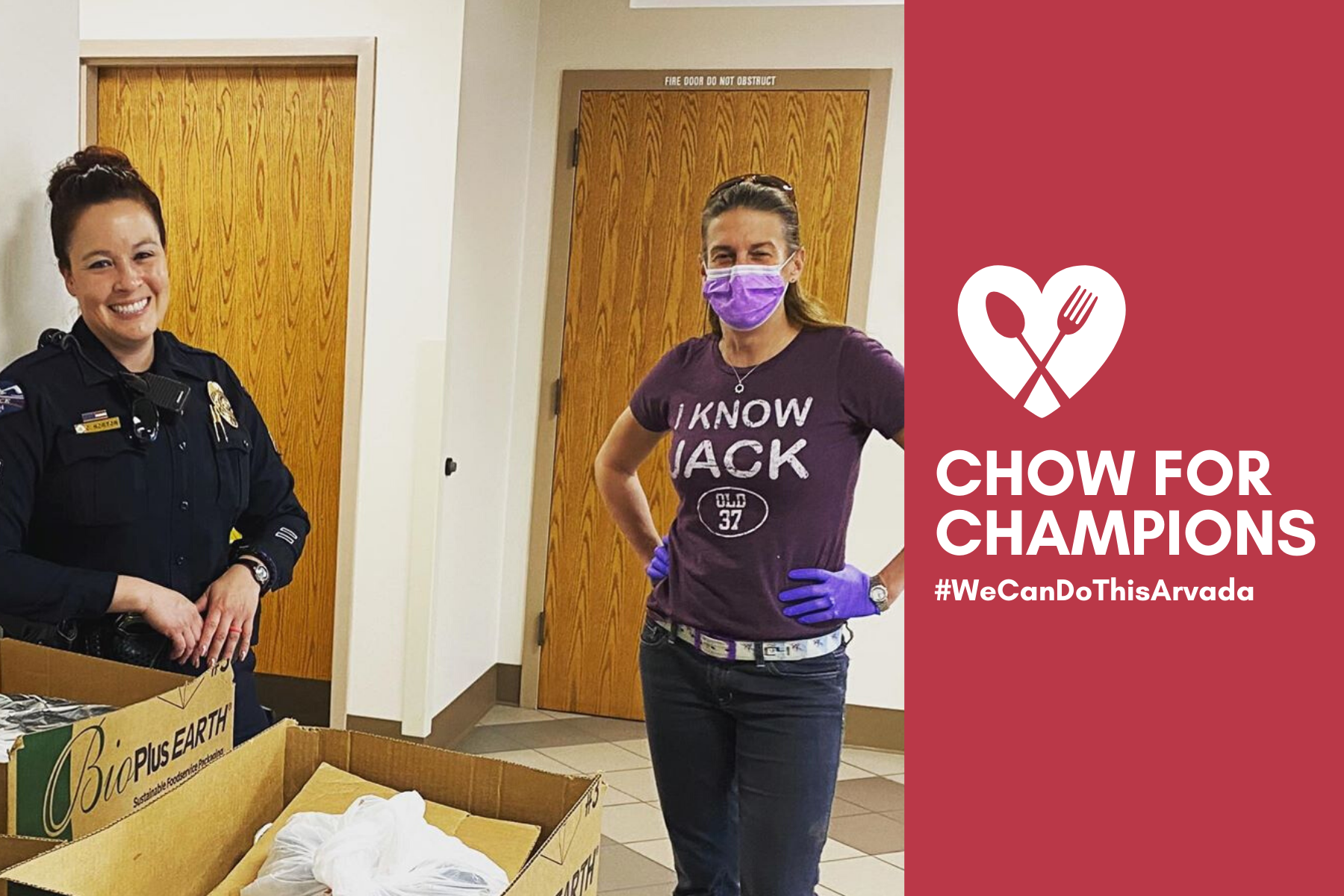 On April 10, Jack's Bar and Grill delivered 50 lunches to the Arvada Police Department - which they then distributed to front line workers. This Chow for Champions was funded generously by Lakeside Insurance and Arvada Economic Development Association. Thanks to everyone doing their part and to our front line workers each day risking their lives for the safety of others!